Prologue sample for a memoir 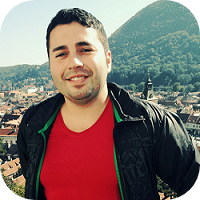 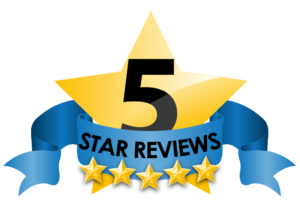 “So impressed with all you do. Tried so hard to be like you. Flew too high and burnt the wing. Lost my faith in everything.”

Summertime, and my living›s full of resent,

I dread going outside because the sun will never quit;

My life, in its entirety, feels like it's been cursed,

And I didn't know that today would be the worst…

Do you know that moment when all you did wrong in life comes back to hurt someone you love, forcing you to live with guilt and pain? Today, I will find out how that's like.

As I'm stuck at a traffic light in the 100 degree heat, on my way home, I observe all the other people, wishing I could trade my life for theirs — not knowing today would be the day my life would change for the worst.

On my way back home, there's a pungent odor of trash and cigarettes floating in the air of my car. The sickness I feel from withdrawal heightens my senses. Even though there's nothing in my stomach, it rolls inside like waves on a closed, abandoned beach. I roll down the window and a waft of thick heat singes my face as if I'd just opened up an oven door. I remember the news saying this summer is at a record heat.

I just bought fifty dollars worth of dope. It would be enough for a good shot and a little leftover. My eyes water from yawning profusely, along with my nose and every other orifice leaking from the initial symptoms. I try to rush home so I can shoot up and feel better.

Shooting dope for me now, is not to get high; although, I do get a little high sometimes. Heroin is now my elixir that makes me a normal and functional human being. My heart springs up into my throat every time I think about it. It's no way to live, but it's how I survive. Besides, I don't live anymore. These days, I merely exist.

Cigarette smoke fills my nose and the yearning void inside me that replaces my fuming jealousy and envy with synthetic pleasure. It's a temporary fix to my everlasting struggle against thine own self.

I've fallen headfirst for this fix.

Anything that prevents me from feeling the grudging resentment that dwells inside me.

Why do I fall in love with things that kill me?

I arrive back at my place a little after 3 in the afternoon and find my friend still asleep in my bed.

I need her to wake up and leave, so I can shoot up and have this sickness taken away. There is no way she could know I'd been shooting dope. It has been tough enough keeping it a secret when she comes over unannounced every other day.

“Hmm,” I wonder aloud, looking around the room.

I find it odd her still lying in the same position: on the right side of the bed, on her stomach, with her head facing the left.

She also doesn't look like her normal self as if she had a fraternal twin trade places with her in the night. Something seems off. Although, she is still in the same glitzy clothes she had on the night before, leading me to guess we didn't have sex. That's probably a good thing though. It always seems to screw things up between friends, but I’m not saying it never happened.

When we went out, we were each other's wingman—I'd help her get a date while she helped me, and if we were both unsuccessful, we'd hook up. Not a bad deal.

I would never date her though. If anything were to happen, breaking us up, it would devastate me. I'd never risk losing my best friend in the world. I'd lose a special and important part of myself; my lifeblood, my happiness; my soulmate—if those exist. I consider the universe, fate, and karma as powers greater than us humans and when I talk about all three, I refer to them as God. I believe something phenomenal happened when God brought her into this world. I know our paths were meant to cross.With her, I can see all the beauty in the world and I'll do anything to protect this.

She is the person who spends hours getting ready whenever we go out. She is the definition of “fabulous,” and always makes a strong, glamorous entrance, letting everybody at the party or club know she has arrived. I cling to her at these places while we'd dance all night. She breathes spirit into the party so we always have a raving time together. I envy her confidence and beauty.

I walk over to the side of the queen-sized bed. She looks like a queen underneath my cotton covers. Though I am no king. Far from it. I gently shake her left shoulder as I whisper her name. I slide my finger along the side of her face.

My stomach sinks. Heart stops. Everything in the room, my apartment, the world, comes to a halt. I put the side of my face in front of hers as if she were telling me a secret. But no words come out.

Not even a warm breath.

My heart comes back to life, pumping at an alarming rate. I take the same hand I used to shake her shoulder and flip her listless body over.

I gag and choke on air as I stare in horror at the dark purple splotches spread across the entire right side of her wax face that touched the pillow. With both hands, I palm her ears and shake her gently.

A flow of blood surges up to my head as I draw myself up off the bathroom floor. I nearly make myself sick moving her body to the bathroom, thinking the shower might wake her.

My muscles give out from carrying her and I become dizzy.  I sit down putting my back against the wall. I hold my best friend’s body in my arms as we lie on my bathroom floor, her ashen face colder than the unkempt linoleum. There are two bodies here, but only one heartbeat.

She was gone and I couldn’t believe it. If my body weren’t so weak, I would have screamed in dispair. How did this happen? How I ended up here?

At this moment, I want nothing more than to join her. To take a fatal shot of dope while she lay on me. Like a drug-addicted Romeo and his beautiful Capulet. To have the police put the white homicide tape around our two bodies, holding us together forever, even after they move our bodies. Our bodies would be separated, but our souls would be together in eternity.

But that didn't happen…

This website uses cookies to improve your experience while you navigate through the website. Out of these, the cookies that are categorized as necessary are stored on your browser as they are essential for the working of basic functionalities of the website. We also use third-party cookies that help us analyze and understand how you use this website. These cookies will be stored in your browser only with your consent. You also have the option to opt-out of these cookies. But opting out of some of these cookies may affect your browsing experience.
Necessary Always Enabled
Necessary cookies are absolutely essential for the website to function properly. This category only includes cookies that ensures basic functionalities and security features of the website. These cookies do not store any personal information.
Non-necessary
Any cookies that may not be particularly necessary for the website to function and is used specifically to collect user personal data via analytics, ads, other embedded contents are termed as non-necessary cookies. It is mandatory to procure user consent prior to running these cookies on your website.
SAVE & ACCEPT